“The only fingerprint I’ve seen might have possible have been ideology, but not operations. But every step of the way here was pretty rudimentary. For example, if you look at some of those initial photos, you’ve got a kid with a hoodie and a cap. If he wants to obscure himself, the hoodie goes on, the cap forward.(…) If he had operational training, I want to know who did it because they were amateurs. This looks more to me like Columbine than it does al Qaeda. Two kids who radicalized between themselves in a closed circle, go out and commit murder. I would charge these guys as murderers, not terrorists.
What I’m saying is we want to categorize this…with a simple term, and at looking at the psychology of clusters like this – which I did for 20 years – the psychology is not that simple. It’s two kids who decided,  for whatever ideology, that they wanted to commit murder. And the murder piece is significant as the terrorism piece” 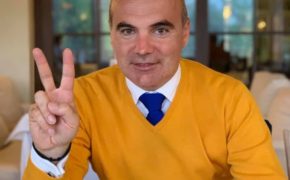